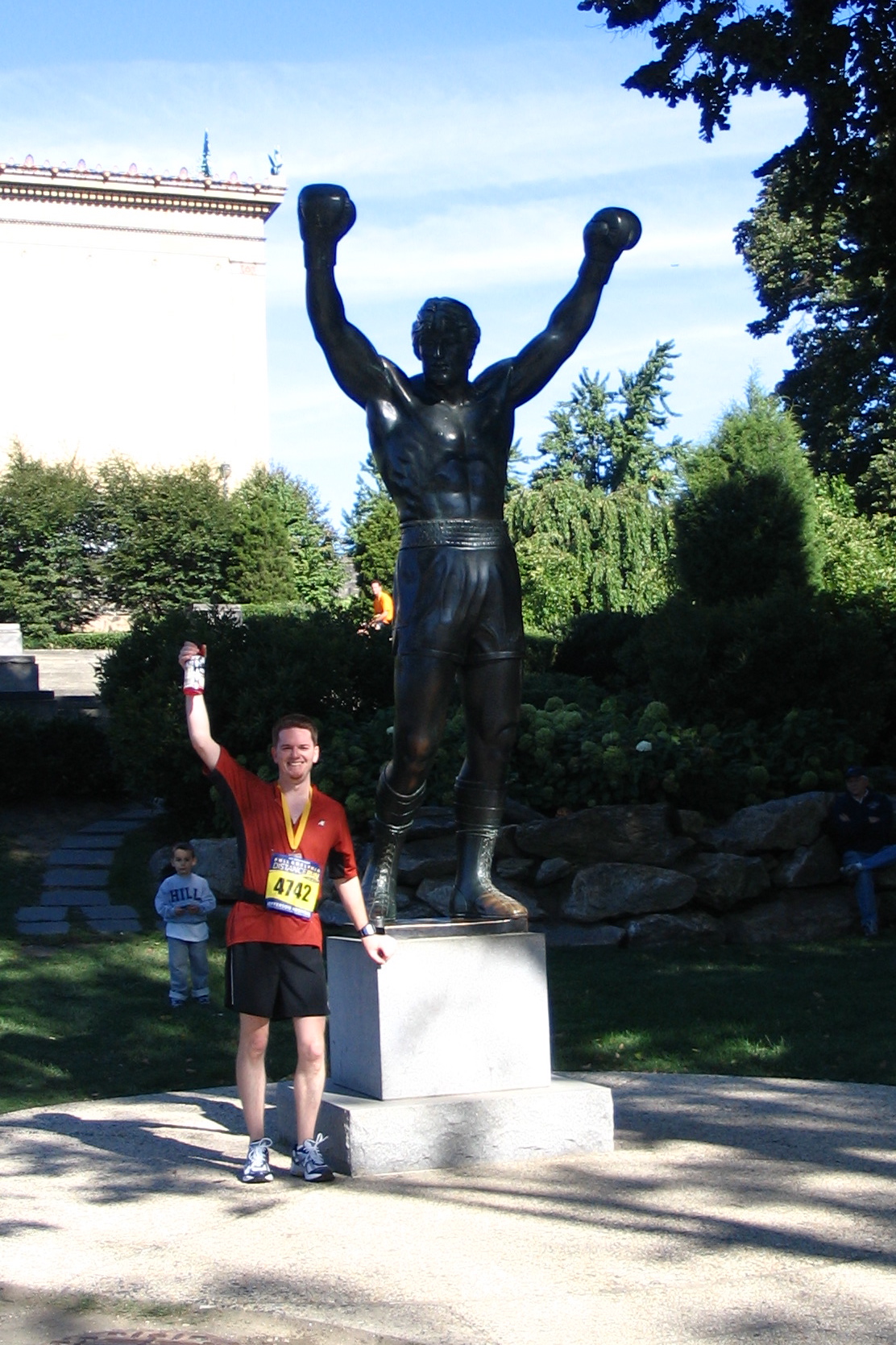 Less than 12 hours ago I was finishing my first half-marathon… 13.1 miles – the Philly Distance Run. It’s been a dream for a number of years to do a long run – especially since I saw Laura run this same race four years ago (she made it look fun and that really got me interested) – but for the last several years my attempts to do this race have been thwarted by various injuries. This year, however, I was able to do it (and get my picture with Rocky finally – although it is disappointing that it’s not at the top of the art museum steps like in the movie). Not without injuries/soreness the last few weeks, but God once again proved faithful (has He ever not??) and allowed me to do it.

Overall, I’m happy with how I did. My goal was to come in under 8-minute miles, but I didn’t quite make it. For about the last 5 weeks I’ve had a nagging on-again, off-again pain in my right knee. Sometimes I could run 10-miles with no problem and then the next run of 4 miles would find me limping home after just 3. But I made it until about 9.5 miles before the pain showed up and really kicked in. I ended up stopping a few times to stretch my knee out – determined to finish this race. Had I not had to stop, I would have made my sub-8 goal. But for the last 12 hours I’ve had to remind myself that… um… I was able to finish it! So next year I’ll be more prepared and ready to try for it again.

A few quick things I realized while running – usually the best place for me to clear my mind enough to actually communicate with God for a little bit.

So those are my few epiphanies. Not much, but it’s what I learned in an 1:46 minutes. I’m excited for more – I’m definitely excited for how Christ will develop me as a man of God through the process.